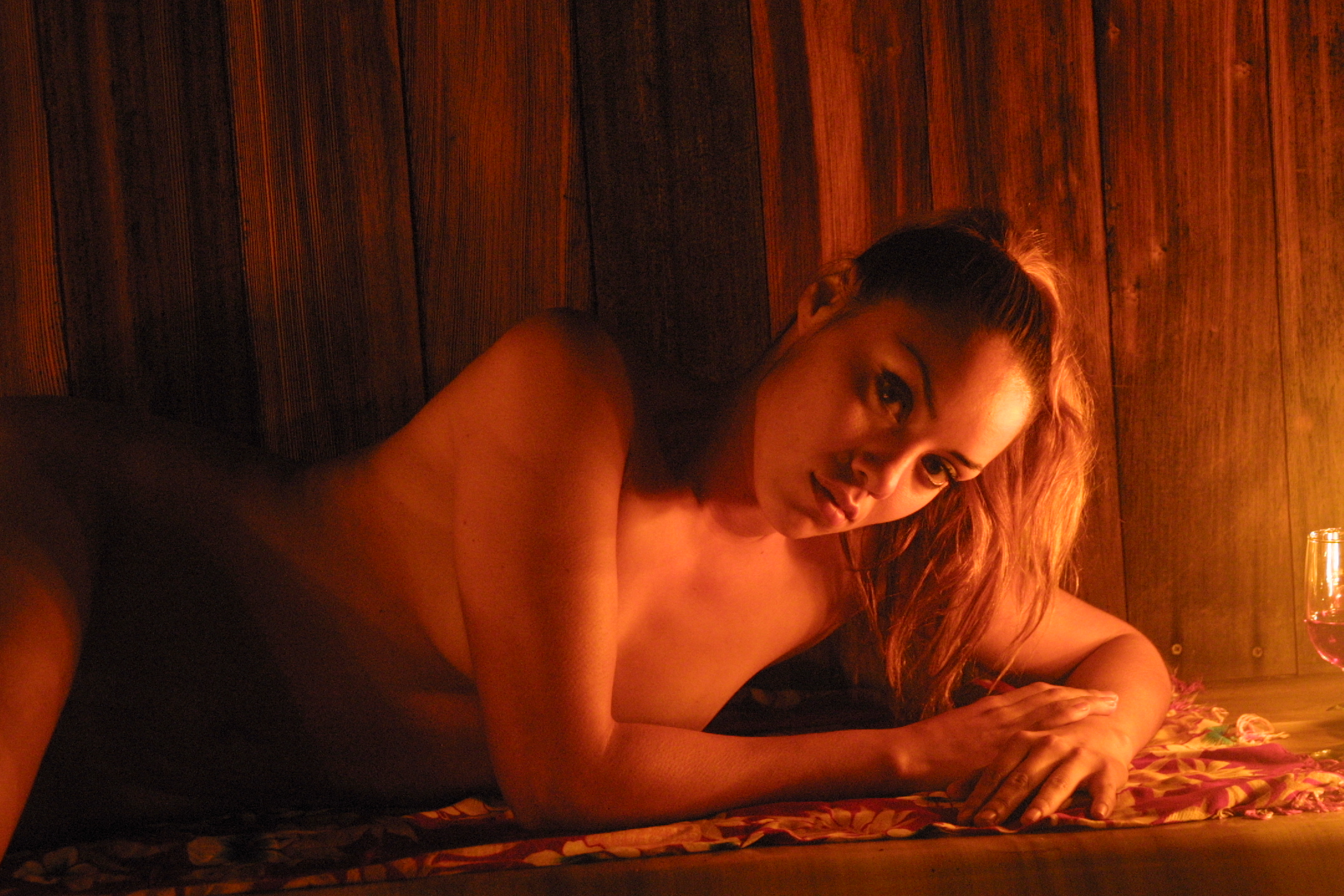 Sign up for membership to see all of the images

My goal for this shoot was to add some classic nudes to my portfolio. I talked with Irene on the phone before the shoot. When I told her I wanted to do some nude silhouettes, there was a moment of silence. Since I don’t wish to push someone in to doing pictures they are not comfortable with, I promptly told her we didn’t have to do the shoot. She assured me that she did nude shoots all the time, so we set up the time and date. Many shoots have unexpected things happen, and this was no exception. The shoot was scheduled in the evening, we were set up to shoot outside, and it turned unexpectedly cold. When she arrived we were setting up heaters and tarp to try and get the set as warm as possible. She waited patently while we tried to solve the problem, but the best we could do was 60 degrees. I had to tell her that we were as ready as we were going to get, and she was fine with that. She cheerfully walked out to the seamless paper and said she was ready…..still fully dressed. At this point I was wondering if there had been a miscommunication about what the shoot entailed. Stumbling over this I asked her if she understood what kind of shoot it was, to which, still smiling she said yes, and stood there looking at me. Now I’m trying to figure out a polite way to ask a woman to take her clothes off. Photographers can get nervous also. It suddenly dawned on her what I was asking and she said “Oh, you would like me to get undressed”, and proceeded to do so.

While we were shooting, she mentioned that she was still nervous and appreciated the somewhat anonymous format of the shoot. When I filled up the chip and had to empty the camera I would have her go inside, get dressed and sit by the fire to warm up. One of these times we were talking, and she mentioned that this was her first nude shoot. I reminded her that was not what she told me on the phone. She grinned and sheepishly told me that she really wanted to do the shoot.

The silhouettes were the first set we did, the candlelight were second, and we had some trouble with the exposure of the second set. Because of the cold I didn’t want to keep her out there any longer when we were having trouble, so I decided we were done for the evening. She got dressed and was warming up by the fire while we were discussing what went wrong. She was listening when we came up with a potential solution and excitedly came over and asked “Can we do it?”. I was surprised she was willing to go out in the cold again, but she was really enthusiastic about doing the second set, so she got undressed again and we got started. There were a few times she stood up on the deck she was posing on and I had to actually point out to her that when she was standing, she was visible to my neighbors. At this point she was comfortable enough that she just shrugged. It was interesting to see someone who started out so nervous get to the point where she was so comfortable and having fun with posing nude in such a short time.